Stunning images of places as seen from above.

A interchange built in 2006 which connects three major roads in Dubai. 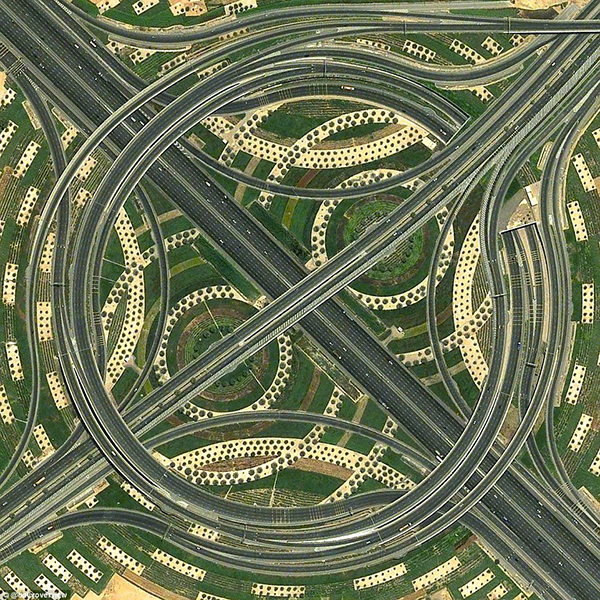 The Moab Potash Ponds in Utah. The vibrant colors contrast between the salt and the blue water. 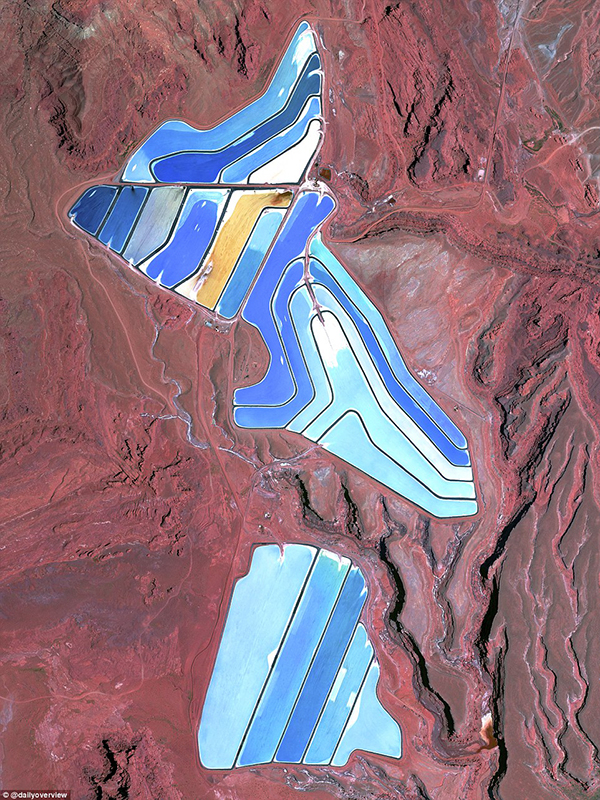 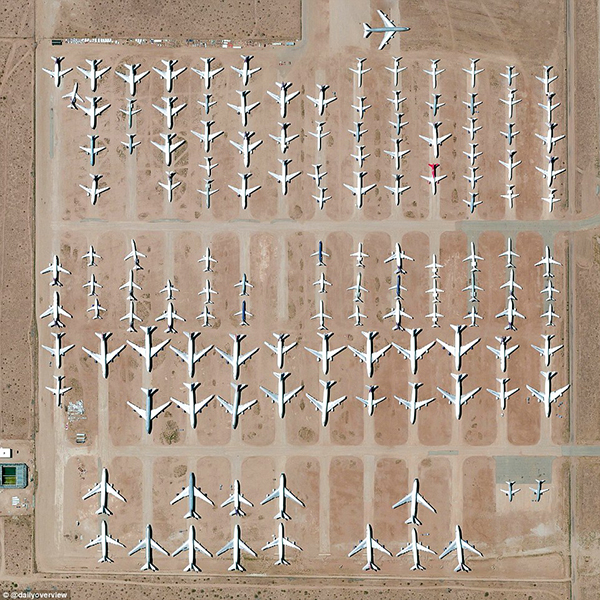 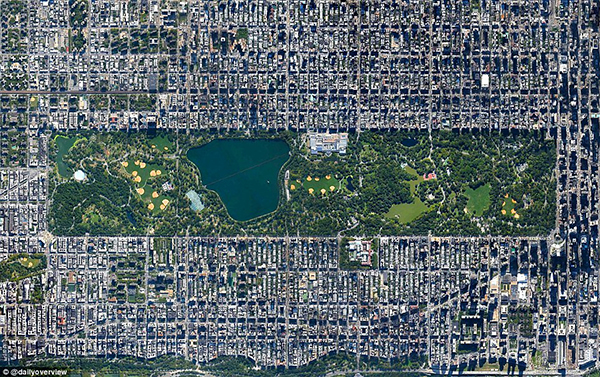 A neighborhood in India which is one of the most densely populated areas in the word. 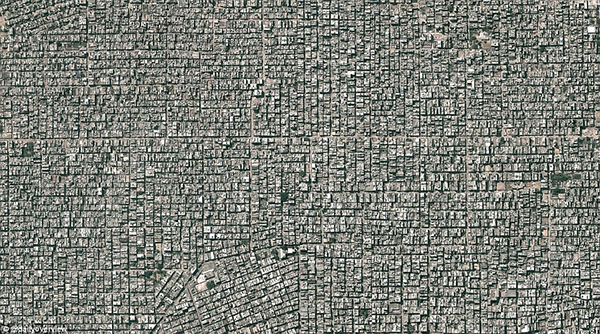 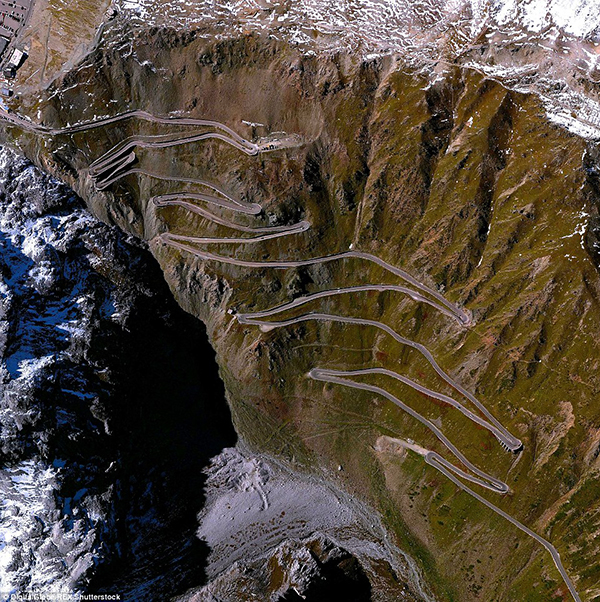 The Capital of Brazil, Brasilia 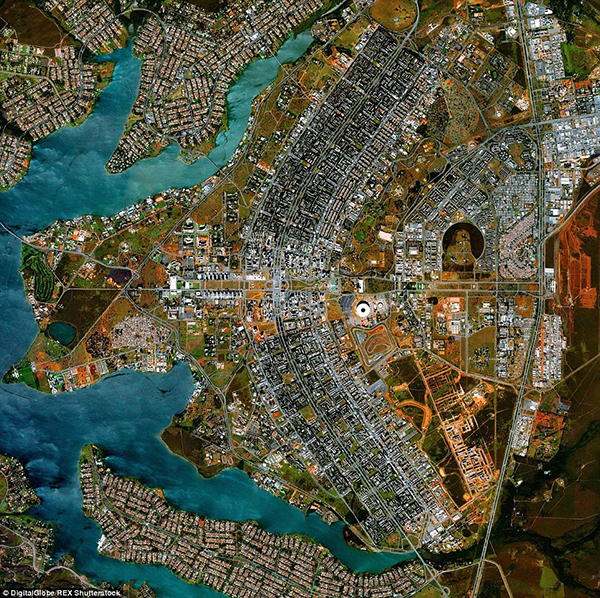 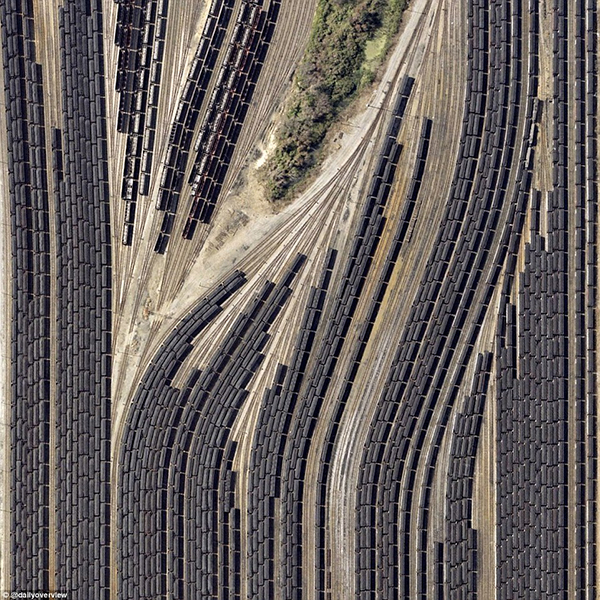 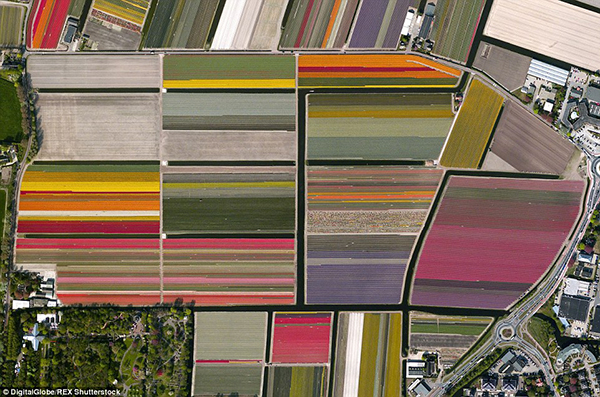 Bourtange, Netherlands. The town is shaped like a star. 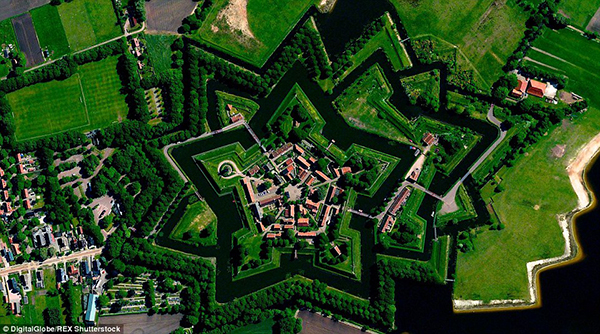 Burning Man Festival in the Black Rock Dessert of Nevada. 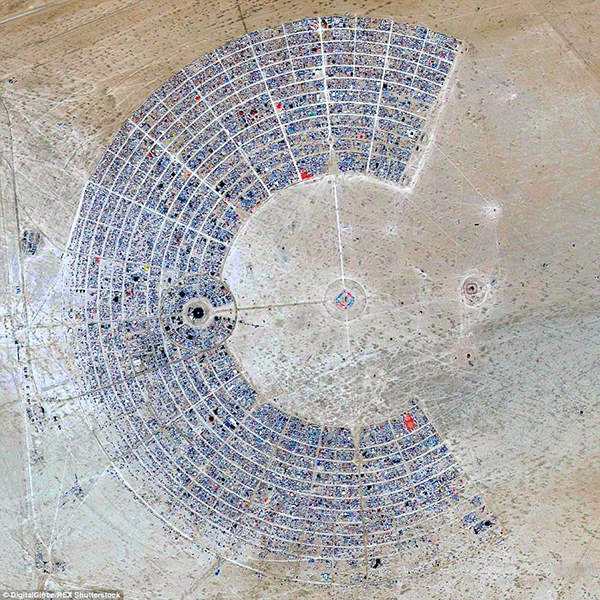 The Grand Prismatic Spring in Yellowstone National Park. Bacteria growing along its edges make up the vibrant colors. 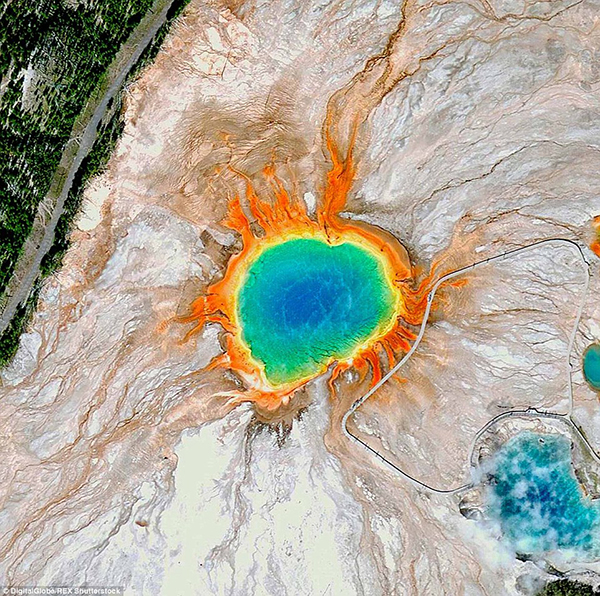 The Great Pyramids of Giza located in Egypt 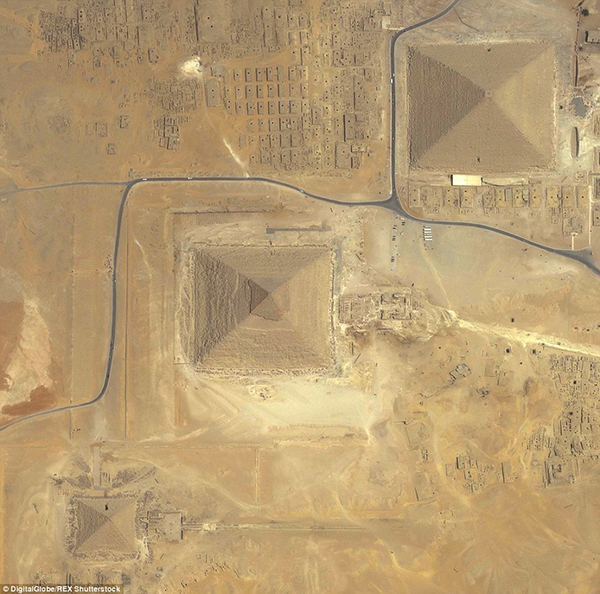 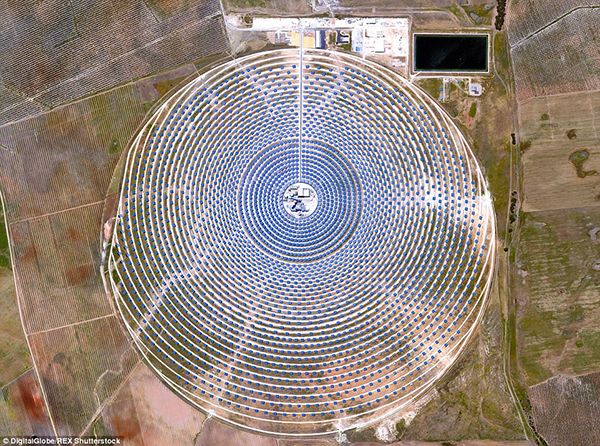 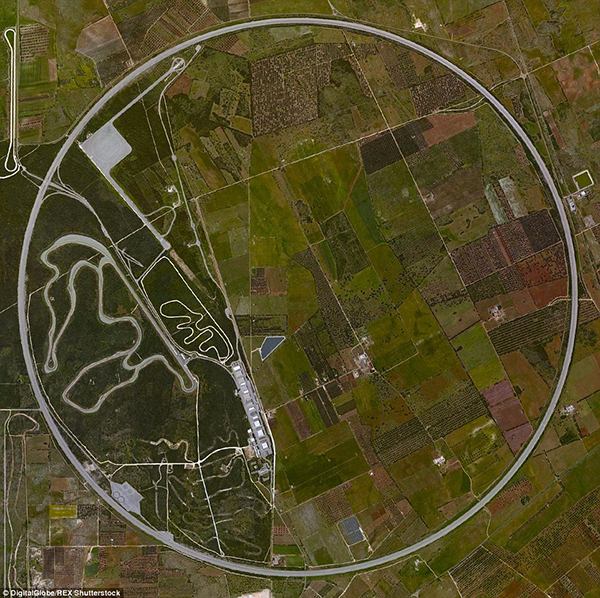 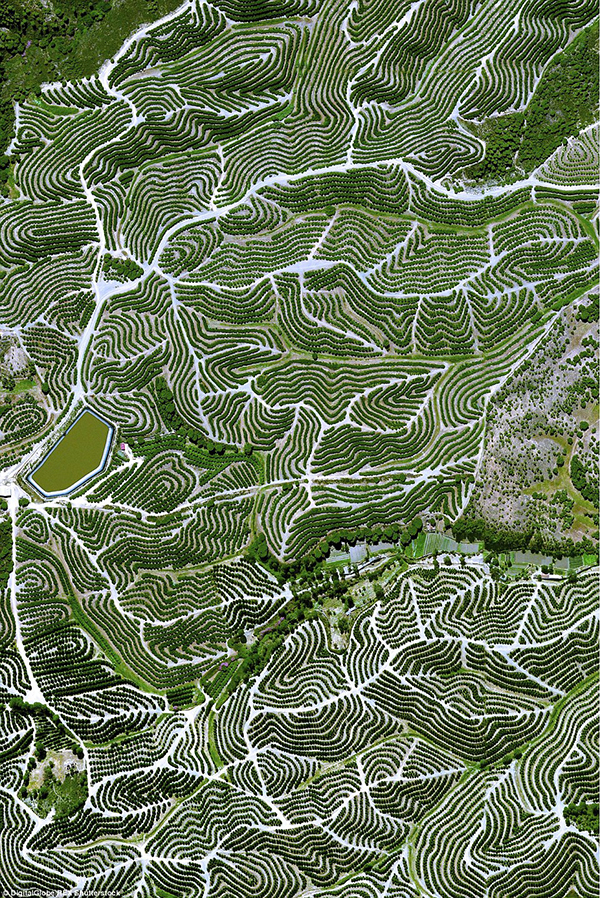 A counter clockwise coil jutting from the Great Salt Lake in Utah called the Spiral Jetty. 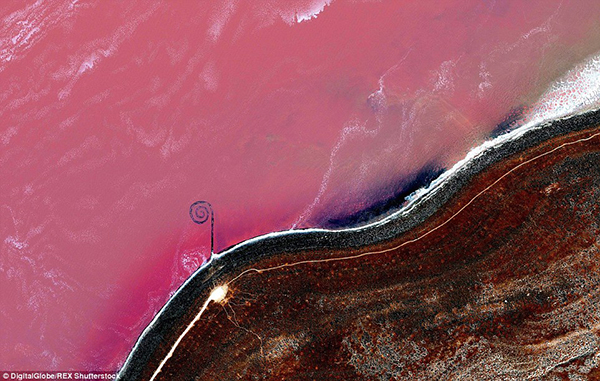 The canal system of Amsterdam. 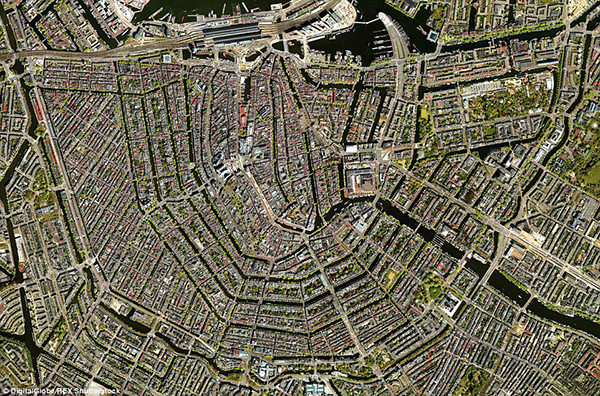